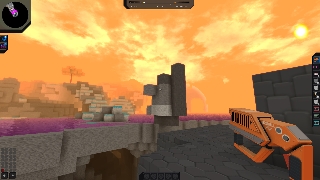 Shipwrecked on an alien planet, light-years away from earth - your primary mission: survive. Explore the open-world of planet Xcylin and dive deep into the underground facilities of an extinct race. Discover countless items, weapons and block types to help you reach your ultimate goal: to get back to earth and save all humanity in the process. 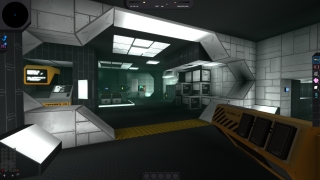 Exotic Matter is a single-player Sci-Fi sandbox adventure game for PC. It features a strong storyline on a fully simulated planet with roguelike underground facilities. Exotic Matter's sophisticated facility generation system ensures that no two missions ever play the same. And its fully moddable engine allows you to explore countless other planets that were created by the community. 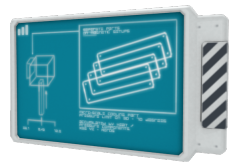 Subscribe to our newsletter and stay up to date.
We'll announce the release, new updates and sales of Exotic Matter in our newsletter.

When will Exotic Matter come to STEAM?

Is Exotic Matter for PC or console?

For now the game is PC only (as most indie games are), but we may consider bringing Exotic Matter to consoles later on.

Will Exotic Matter run on Mac?

While theoretically we have a built for Mac, the problem with Mac computers is that most of them don't contain a suitable graphics card that is capable of running Exotic Matter. If this should change in the future, we would be more than happy to bring Exotic Matter to Mac as well - but for now, the answer is no, it does not run on Mac.

Will Exotic Matter run on Linux?

Yes, Exotic Matter is also compatible with Linux. So you can play it on your STEAM Machine, or in Ubuntu (or any other Linux flavor that is supported by your graphics card).

What are the minimal requirements to run Exotic Matter?

While we are working hard on making it run smoothly at 60FPS on every machine, Exotic Matter uses textures of higher quality and uses more non block shaped meshes than other voxel games. Therefore a decent graphics card and a dual core CPU is needed. Here are some minimal requirements we put together with our testing equipment:

While it is possible that the game might run with lower FPS on weaker computers, we can't gurantee it.

Does Exotic Matter have a multiplayer mode?

Exotic Matter is primarily a single-player game. But Exotic Matter's engine is built for modding, so the multiplayer/community aspect comes more through new community made planets that you can download via STEAM Workshop.

When do you plan to release the game?

Currently we are planning to release Exotic Matter as Early Access on STEAM in end of June 2018. Subscribe to our newsletter or follow us on Facebook to be one of the first to know when we release the game!

Do you need a composer to create the music for Exotic Matter?

No, we already had the luck of getting David Levy on board who is a real genius when it comes to music. He created the brilliant soundtrack for Exotic Matter.